Home
Products
About Us
Factory Tour
Quality Control
Contact Us

3. The Triple Offset Geometry
OFFSET 1 The shaft is offset behind the seat axis to allow complete sealing contact around the entire seat

0FFSET3 The seat cone axis is offset from the shaft centerline to eliminate friction during closing and opening and to achieve uniform compressive sealing around the entire seat.

(2) The gasket is spiral wound SS/Graphite for zero leakage.

(3) Seat ring forces are generated by the torque during closing uniformly around the entire circumference. The resilient seal fleses and energizes, assuming the shape of the seat. The compression forces equally distributed around the perimeter provide a tight bi-directional shut off.
The resiliency of the seal allows the valve body and disc to contract or expand, without the risk of jamming due to temperature fluctuations. It is self-adjusting. 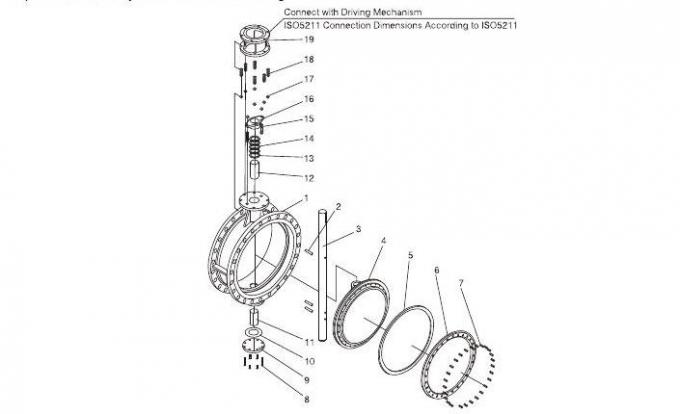